I wanted to share this story with you, its my story about the domestic abuse I was subjected to for 4 years of my teen to adult life. I suppose its good to post about something that’s closer to home, rather than shoving pretty things in your face all the time, because life isn’t pretty all the time.
Not many people tend to touch on the subject of domestic violence as it can be upsetting as well as something you would rather forget, but today I think its time I spoke about a chapter in my life so that I can close it once and for all and hopefully help anyone else out there that might have been or is in a situation like I was.

5  years ago, I broke up with the father of my child, I had been with him for nearly 4 years,  we didn’t break up because he didn’t pick his boxers up off the floor, or because he would forget to put the toilet seat back down but because he abused me, physically and mentally.

I was 16 when I met him, it wasn’t  love at first sight, in fact I didn’t even fancy him! but as he was an older man (he was 19) and he paid me the attention I decided to start dating him, he drank a lot but at the time I thought that’s what everyone did. After a few months I thought it was love, but I guess it was more of habit and he made me feel grateful that I had him. I went away on holiday with my parents for a fortnight, I missed him like crazy and when I got back I thought he had too, not long after I was approached in the street by a girl who was eager to tell me what my boyfriend had been up to when I was away and it turned out he had cheated on me… that where it all began. I confronted him about it and he turned it around made me feel like it was my fault and I felt terrible…

This is when things started to get worse, he made me feel fat, ugly and was always making nasty comments on the way I dressed and the way I looked, the things I said, the way I acted, danced and criticised me on everything I did, his friends did the same and I had to just take it and pretend It didn’t bother me to save my humiliation. Sometimes he was lovely to me and when he was like this, it  made it all feel worthwhile somehow and I hung on his every word…. of course this was short-lived.

When he started hitting me it was the odd push around….fast forward a few months and it just got worse.  He hit me in front of his friends, one time he hit my head off a dodo rail in a room full of people and damaged my eye socket, my face was black and swollen and I had a lump the size of a golf ball on my eye….when this happened because I couldn’t tell anyone about it I had to cry into his shoulder, he persuaded me to move in with him the next day on a promise everything would change.

We went away on holiday and he got drunk and punched me so hard he lifted me off my feet and I woke up on the floor and one time we were at a family christening we went outside and he beat me up, again I woke up on the floor in an alleyway and 2 people actually walked around me and just left me there, I was battered and bruised and full of blood. A few times I had phoned the police and swore I would put a stop to it but I was always persuaded to drop the charges. I needed him, couldn’t live without him… or that’s how he made me feel.

I fell pregnant at 17 (whilst using the depo injection) and even now the violence didn’t stop. He pushed me down the stairs and kicked me and I had to phone an ambulance to the hospital with my next door neighbour.

When I was 8 Months pregnant my 5 year old cousin passed away, It was 7AM when I got the phone-call and I was devastated, I was sat crying my eyes out on the chair and his mother and partner where on the sofa. I was sobbing and he stood up came over and punched me so hard in the face my coffee fell out of my hand. This is one of my worst memories even though it was just one punch. What kind of Monster would do that to someone who is grieving?
Throughout our whole relationship he cheated on me, I caught him in the act, he would stay out all night and come home days later with hiccys all over his neck, girls used to call our phone for him and I was constantly being told that he was sleeping with other people and laughing at me. It was humiliating, everybody knew what he was doing and it was no secret. I lost all my friends and my family were in despair but nothing they said or did was as powerful as his promises, I was lost depressed and I believed his every word, I wouldn’t get anyone else, no one else would put up with me, his constant criticisms about the way I looked and he even made me feel crap in the bedroom as it was always in my mind he had been with so man women behind my back. it was never-ending.

The worse beating by far was when I was in a ‘friends’ flat, he came in drunk, I had not long had the baby by caesarean, he was angry, accusing me of cheating and took me into the passage, he was punching so hard, stamping on my face. I was weak by the end had no energy  I found myself laying in the broom cupboard with my legs sticking out just desperate for help, in so much pain. my ‘friend’ had gone out, obviously she didn’t want to be part of what was happening and decided it was easier to leave him to it without even calling the police (we are no longer friends). By now it was 5 AM and I crawled to the phone box outside rang my Mother and the police.

You can probably guess what happened in the next few days….. oh of course he said he was sorry, and that he wouldn’t do it again. Being a desperate young girl in love of course I believed him.

These are just a few examples of the abuse I endured. The countless times I called police and never pressed charges and the times I cried to my friends and family and even ran away to Scotland and then always took him back, are times I wish I could go back to and change.

I was in love with a monster, someone who would take his problems out on me whether it was verbal or physical, just to make himself feel better. There are people in the world that have probably gone through so much more than I have, but suffering for 4 years of abuse  was something I should have never settled for.

In the end he was sleeping with one of my ‘close friend’s’ apparently for a while. He left and because of what he had me think of myself I believed no one would ever love me, I was unlovable and I had no confidence or self-esteem, My daughter was 8 weeks old and she was the only important thing to me. So I concentrated on her, protecting her from the violence and arguments and the constant police presence because of his life of crime was my priority so we stayed with my mother who helped me through, cradled me as I cried, made me feel myself again and helped me become the mother I am today.

It wasn’t easy, after we split he still didn’t leave me alone he abused me in the street, he stabbed me in the head with a fork in front of people and he slapped me across the face in a pub when I accidentally ran into him. My nightmare seemed never-ending. In the end I moved away and met a new man who I married, though my ex  was still verbally abusive at every chance he could.  He has been absent for the majority of my daughter’s life, this was his choice. When I did set up arrangements he ruined them, turned up drunk or on drugs and didn’t care for her properly. Even through court the case was dismissed due to his lack of commitment and we were bending over backwards for him. It is just another weapon he is still using to get to me today even though he hasn’t bothered with my daughter for years. I made new friends,  True friends that will be with me forever and I am also still in touch with the friends that stood by me through everything I went through and had to sit back and watch and wipe away my tears, You never forget those times.

I’m finally in a happy place now, Unfortunately my marriage ended but this man is my daughters Daddy, he has contact every weekend and loves her as much as she loves him. we haven’t been together for 2 years but he is a constant presence in her life, we are her family. We have a happy home & I am an independent women, still dealing with things from my past but I accept who I am, and I quite like it.  This is what we all deserve, you only have one life, don’t waste it on people who do nothing but abuse it.

No matter how old you are, please don’t sit down and suffer in silence. Listen to your loved ones, because its people on the outside that often see what’s best for you. 5 years on and I still hear his voice criticising me from time to time, knocking my confidence, but I’m getting over it day by day.

This is probably one of the hardest things I have ever written , I know its a long one but once I started it was hard to stop!.. but I hope it helps someone or shines some light on the subject in hand 🙂

Thank you for reading 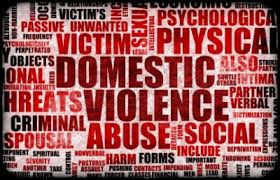 View all posts by Bridge North

4 thoughts on “Domestic Violence: My Story”